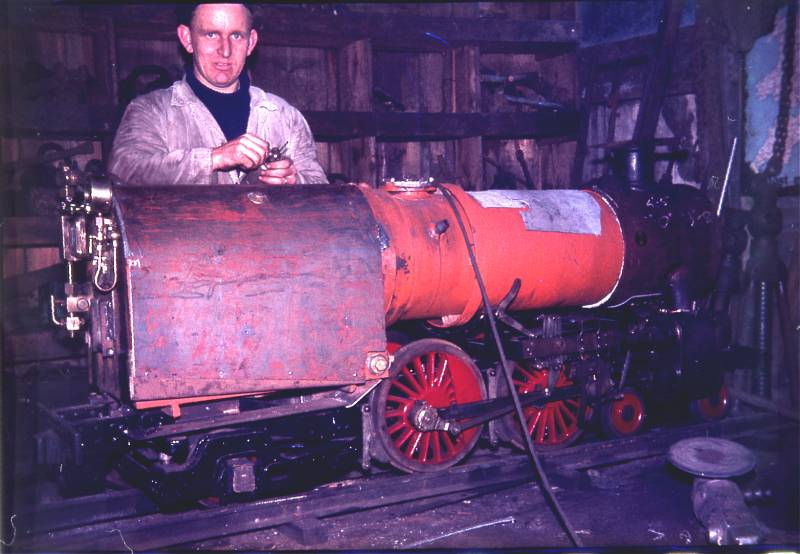 The lines owner Don Proudlock builds a new American outline 4-4-2 for his line. Seen in Jack Wakefield's traction engine workshop at Hetton-le-hole in 1965. This loco later had its chassis lengthened and is now to be seen as a 4-6-2

I am curious about the history of the American 4-6-2 lettered for Santa Fe at South Shield Marine Park. How did they come to chose an American type steam engine? I am married to a Geordie from South Shields, who resides with me in northern Virginia near Washington DC in the US