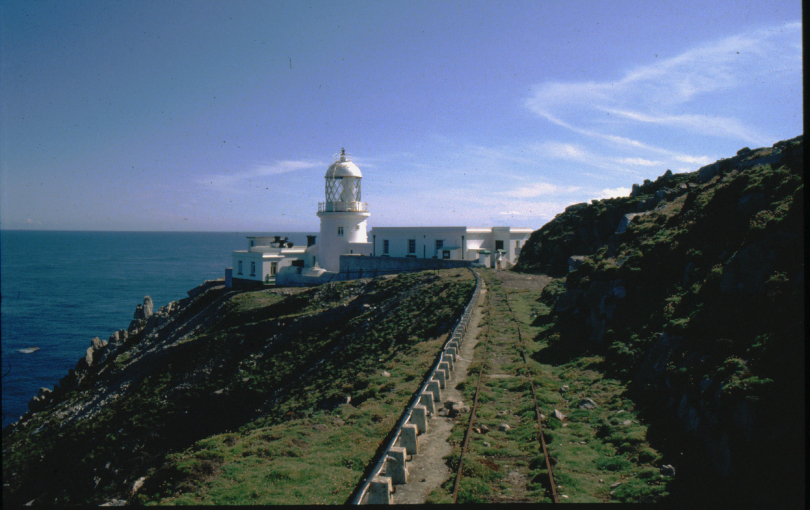 The remains of the track to the North Lighthouse. This is one of a few railways that were maintained by Trinity House -the light House owners of England & Wales.It was used to ferry stores from a small jetty cut into the cliffs about 400 yards away. One of about four different railways on Lundy. This one is known as the North Light Railway - in 2001 a small number of islanders did try to restore it but it is not known if anything happened.

This picture is reversed

The photo shown above is at the North Lighthouse, not the South Lighthouse per the caption.
Also, the photo image has been reversed. If you Google: Lundy Railway Lighthouse, you will see many images of the North lighthouse and the tramway in their correct aspect, with the sea on the right hand side. Still not sure? Look at the satellite image.
cheers Phil