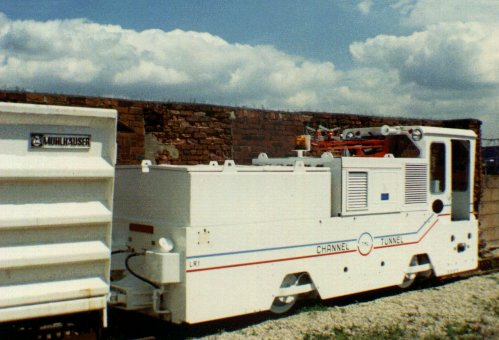 Hunslet 9158/87 on the works test track in 1987. This 350hp rack and adhesion drive electric loco was the first Hunslet built for use during the construction of the Channel Tunnel.

i know i drove them