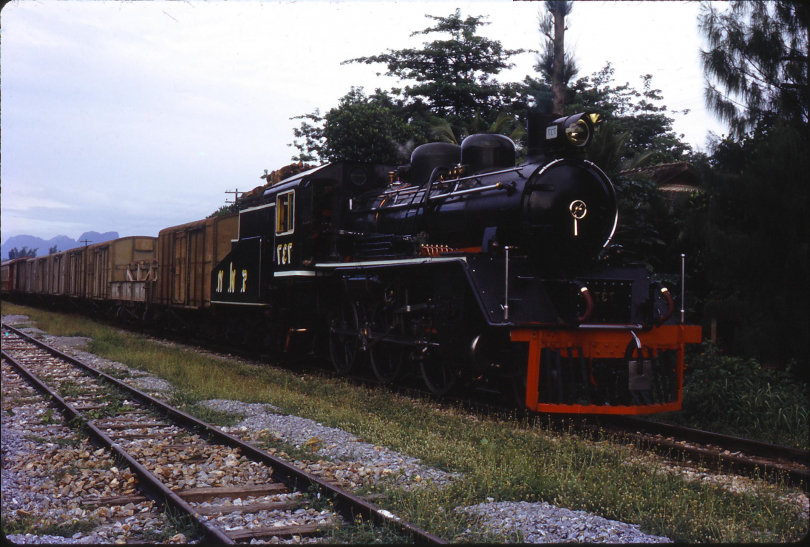 Checking the internet now I believe this is a Japanese-built C56 class 2-6-0. I think at least one example has been preserved in Thailand.

This photograph is reversed. See the number on the cab side. I believe it is actually number 737.

To the best of my knowledge, two of the C56 class are preserved in operating condition and several others are plinthed around the country. One has been repatriated to Japan and is operating in museum train service.