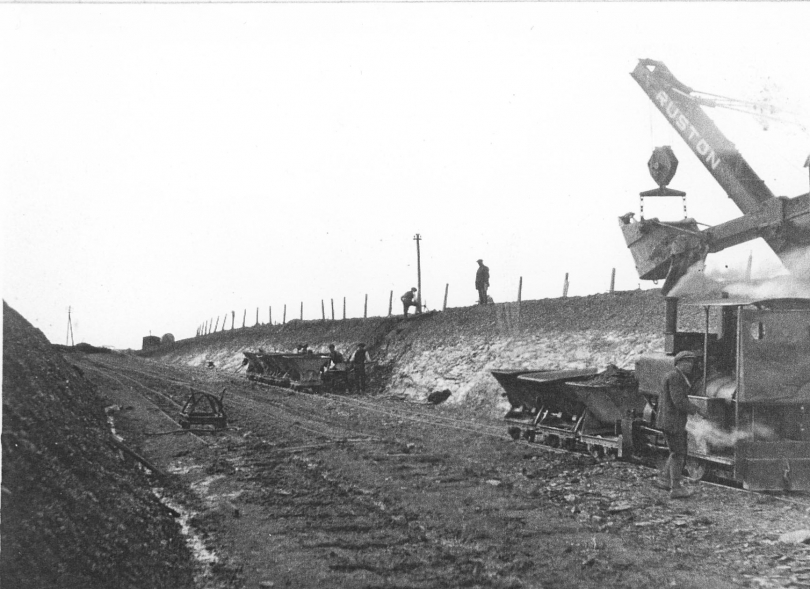 New Devon road being constructed by the County Surveyor Mr R M Stone using 5 ton Kerr Stuart Wrens. Spoil removed from a cutting is being tipped to create an embankement across the valley

A film was made in the 1930's of these engines working in Devon and shown recently on West Country Television. I would be delighted to see a copy. Max

My grandfather was R M Stone and l have photos. I would also like to know if anyone located the television film seen by Max Sinclair