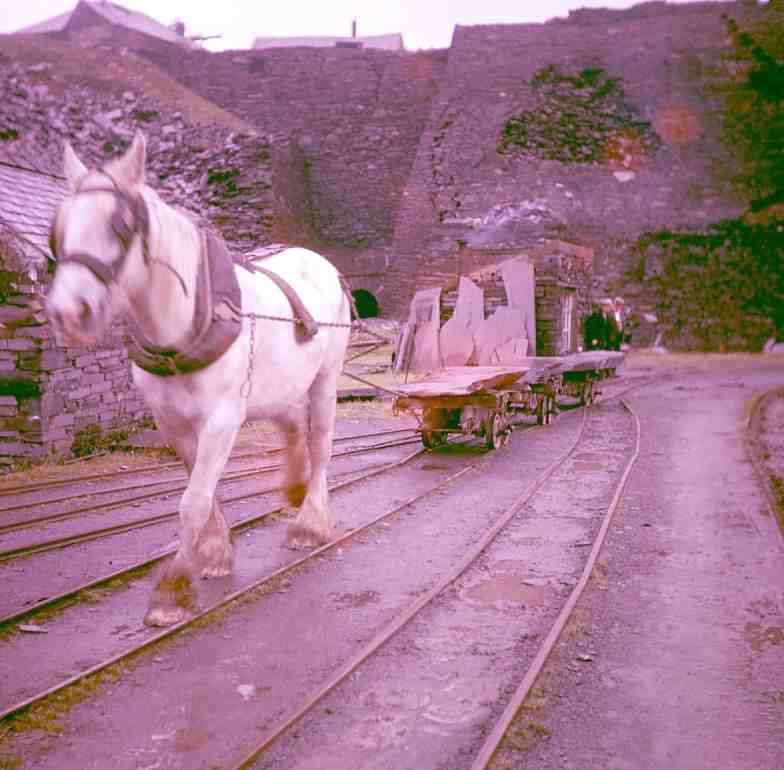 This photo isn't Dinorwic either - it looks to be the old Penybryn quarry, absorbed by Dorothea quarry in the 1930s. Alternatively, it could be Aberllefenni, Corris but Penybryn looks more likely.

Definitely Penybryn! (The steps in the top right of the pic were still there when I last visited a few years ago).

This is a lovely shot. It had me puzzled, as it looks like the eastern pyramid at Dorothea, but why would a horse be taking stones away from the mill? Then I realised that the photo is back to front. Suddenly it all makes sense.