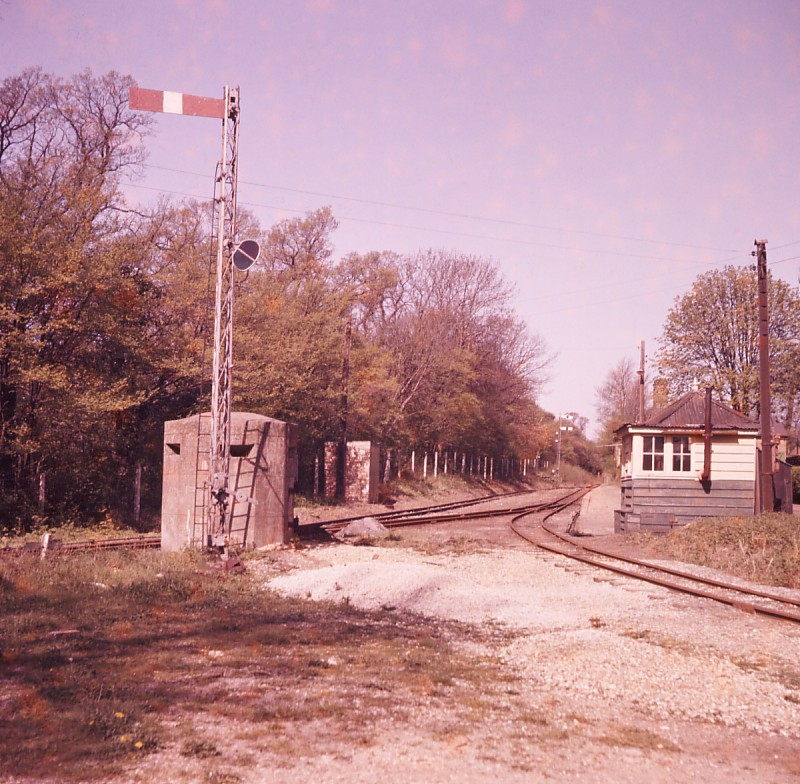 Wartime pill boxes told the tale of an armoured railway.

I grew up near Chattenden & my schoolfriend lived just behind the station. The branch line led to the railway depot and at the other end of the platform there was a water tank from the days of steam.

There is still some track in situ between Chattenden and the site of Four Elms Hill Bridge. How it escaped the scrapmen I do not know. The area is now scheduled for a housing scheme and I doubt the old line will be so lucky when the developers arrive.

You can clearly see the signal box (SB) in the middle and the signals (SP) each end.

View from the tender