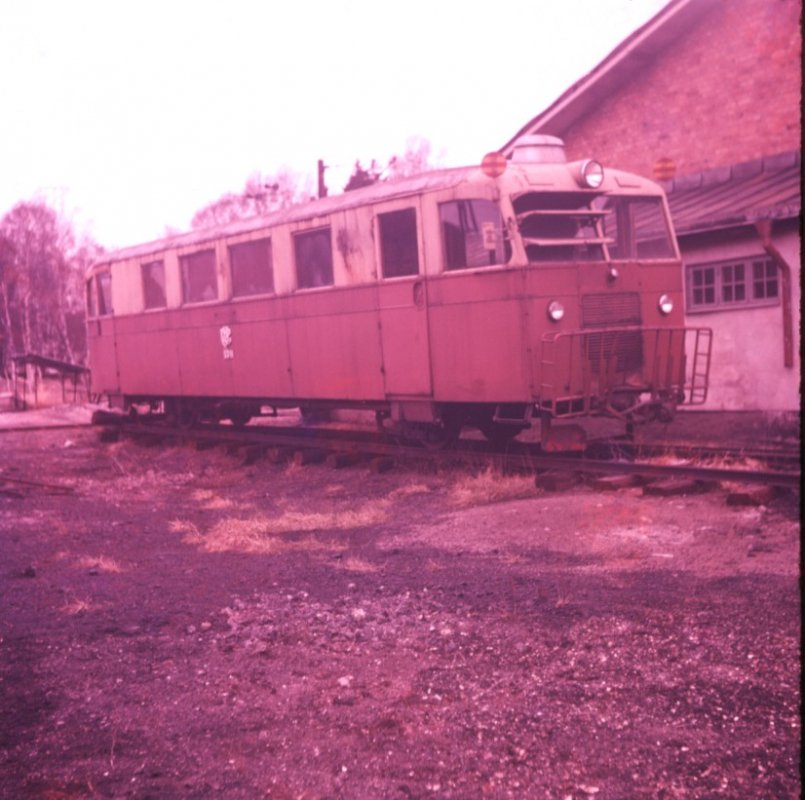 Metre gauge raibus out of service north of Stockholm.

The rail car 'rälsbuss' was made in Trollhättan by NOHAB in 1935 and had the nick name 'Gula Faran' or 'Yellow Peril' i think.