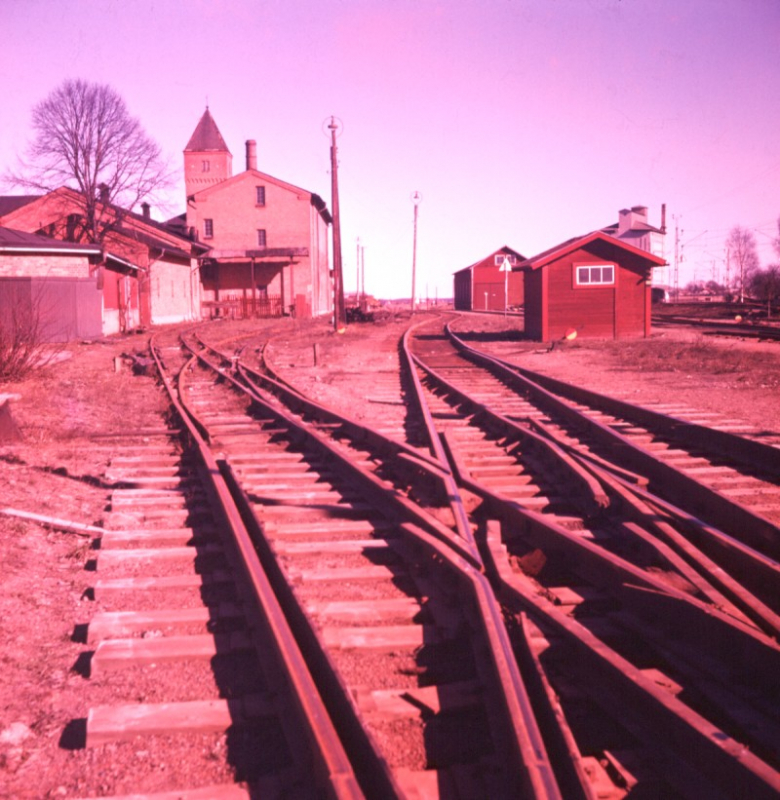 The gauge is actually 891mm + standard. It's 3 Swedish feet which is ~35inches Imperial. Most of teh Swedish secondary lines were built to this gauge, adn some still exist, including from Uppsala to Marielund, whichis this line.

This is the sugar refinery at Linköping, Östergötland and not in the vicinity of Stockholm. The work at the refinery was closed down in 1955.