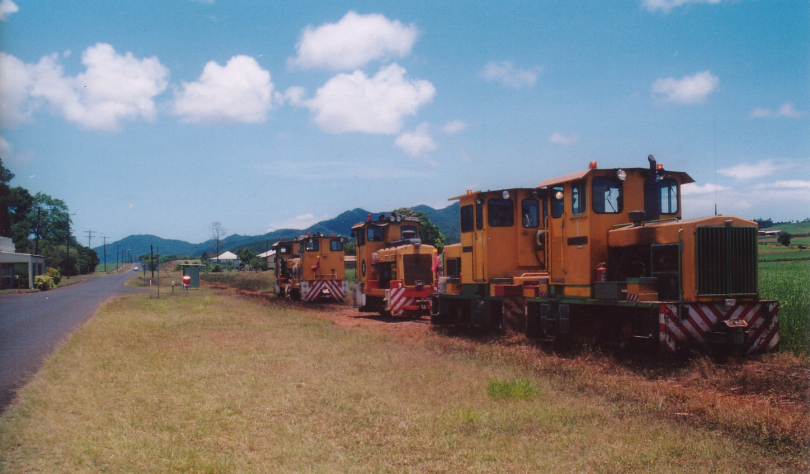 The Main Street in Garradunga, more locos than cars!

The nearer two locos still retain their brass name plates, Josephine the nearest and Russell the second loco, named after local water ways and are still in the colours of the previous mill owners. The line the locos are on was previously part of the Goondi Mill system. The Q.R. terminated from the north nearby as there was no bridge over the North Johnstone River. To get passengers between Innisfail and Garradunga, the Q.R. ran a 2' gauge passenger train from the Garradunga Hotel to Innisfail via the Goondi Mill Lines and their own lines, part of "The Innisfail Tramway", up until 1927. (more about the Innisfail Tramway at a later date if anyone is interested)

The Ferret ON the logging train