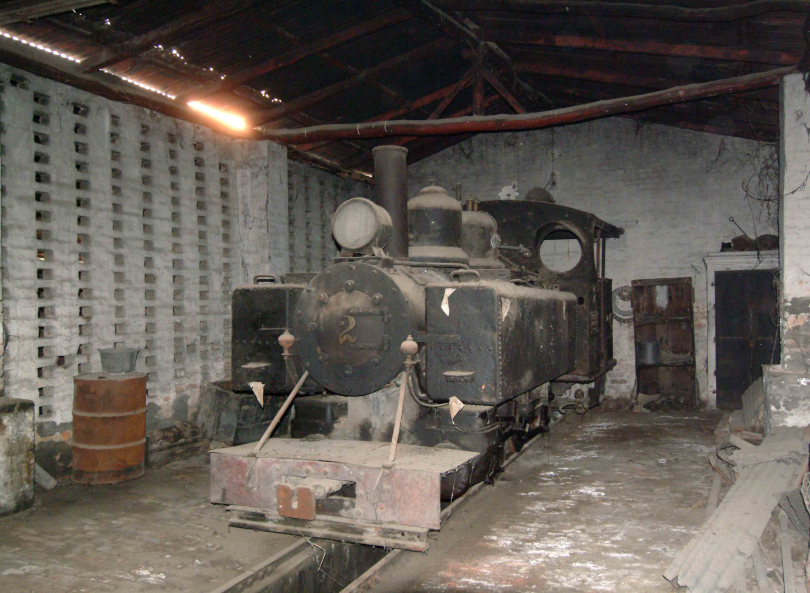 No. 2, a Baldwin 4-6-0T ex-WD First World War loco - the last of its type still in India. Motipur is a sad place. The mill, formerly a Muslim family-run affair, was nationalised by the Bihar state government, run by a Hindu nationalist party, and promptly closed leaving most of the townspeople out of work. All attempts to get the mill reopened have come to nothing, but the former managers still man the premises and keep the equipment in order.

Dear Sir
I am editor of 'Where The Rainbow Ends', the quarterly journal of the Ashover Light Railway Society.

Our aim is to re-build part of the line of the Ashover Light Railway in Derbyshire, UK.

The ALR had 6 ex-WD Baldwin 4-6-0 tank engines and a variety of coaches and wagons. Although it was closed and broken up in 1950 there is still much interest in it.

I write to ask permission to use the photograph of No.2 Baldwin housed in an engine shed at the Motipur Sugar Company in our quarterly journal 'Where The Rainbow Ends'. The photo was taken by James Waite on 16 March 2004. Full credit would be given of course if I am allowed to use it.