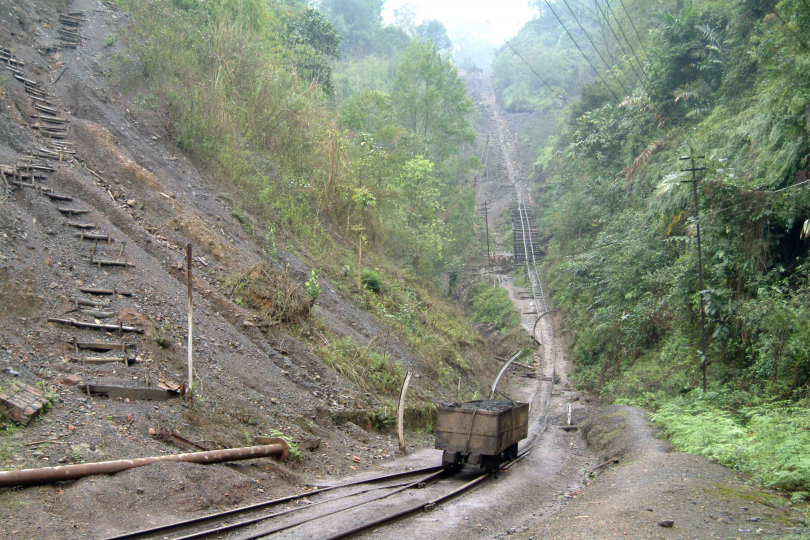 Two loaded wagons running off the bottom of a cable incline at Tipong Colliery. Were warned to stand well clear of the track as the wagons descended. We soon found out why! about 100 feet before the bottom the wagons were stopped, the cable brake was released and the wagons freewheeled down the rest of the incline with the cable still attached and flailing behind. Not a good health and safety practice!

We were residents of Tipong Colliery from 1950 to 1972 as my father was a Sr Foreman of the mines in Tipong. I am grateful for your effoprt to make Tipong known to the world, a world heritage site ( not officially).