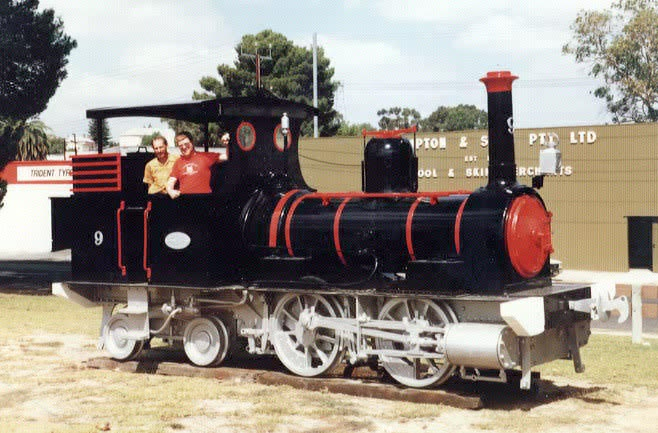 0-4-4 V9 Just after restoration at Naracoorte South Australia.
A shed has since been constructed to protect the loco from the elements. The V class were the first locomotives to operate on the South Eastern Division of the South Australian Railways.